A Brief History of the White Working-Class Soul

2 Hymns for These Times

Comparing the Protocol with the UMC Next & Indianapolis Plans

Testimony of a Radical Methodist 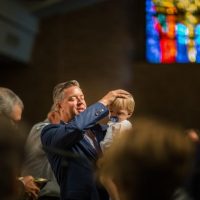 It is true that the composition of the denomination is complex and there are multiple positions. A color photo is often better than a black and white snapshot.

But take a moment and question whether this standard view is in focus.

First, the panoramic description has a quasi-scientific feel to it, which gives it an authoritative glow. But the research on what United Methodists believe is limited and more complex than the label “compatibilist” suggests. Over the past few years there has been some shifting of views among North American United Methodists on the issues of sexuality. However, the majority hold “traditional” and “moderate” views on other religious beliefs.

The label “compatibilist” implies that the typical United Methodist congregation or member has a well-formed opinion. Most have not. Indeed, most of our churches have never talked about the issue. And most members see the issue solely in terms of their local church. It might be that the label “compatibilist” gives the appearance of a coherent position when, in reality, it reflects a mish-mash of ideas and a predilection for avoiding the logical consequences of one’s beliefs. So, other descriptors are just as apt: “contradictory,” “undecided,” or even “polite.”

(For more, read about a 2015 poll on sexuality and a 2019 poll on general theological perspectives among United Methodists. See also, sociologist James Wood’s analysis of General Conference delegates in his excellent but dated book Where the Spirit Leads: The Evolving Views of United Methodists on Homosexuality)

Second, the accepted view of reality implies that the denomination has been compatibilist up until St. Louis. Like it or not, our official stance has always been “traditional incompatiblism” that for 47 years has been eliminating the loopholes that allowed for a defacto compatiblism. St. Louis just exposed the ugly truth of our incompatibilism. All statements of inclusion to the contrary may unwittingly serve to mask the legal reality. In short, our system is incompatible with compatibilism.

All this raises two fundamental questions for those who claim to be “compatibilists:”

Third, the perceived reality serves a purpose for moderate leaders. It allows them to think that they are above the conflict and thus are the only ones who can lead the denomination. This can be rather patronizing and dismissive (Who wants to be called an “incompatibilist”?).  For moderates who want the denomination to stay intact, the idea of “compatibilists” is a powerful argument.

Thomas Lambrecht recently called out moderates who claim to be “compatibilists” but now advocate for inclusion of LGBTQ persons.  He accurately pointed out that they are talking out of both sides of their mouths.

All this raises a question for moderates: What exactly do you mean by inclusion?

Sometimes, I get the impression that for some moderates the only reason they want queer folk in the church is to reassure themselves that they are not bigots.

Tokenism is no substitute for true inclusion.

Notes for a New Methodism

Rev. Darren Cushman Wood is the senior minister of North United Methodist Church in Indianapolis, Indiana and is an elder and full member of the Indiana Annual Conference. He is a graduate of the University of Evansville and Union Theological Seminary (New York). Darren was a delegate to the 2004 & 2008 General Conferences and a delegate to the 2000 & 2016 Jurisdictional Conferences. He is the author of "The Secret Transcript of the Council of Bishops" and "Blue Collar Jesus: How Christianity Supports Workers' Rights." View all posts by Notes for a New Methodism

2 thoughts on “Can You be A Compatibilist & United Methodist?”

This site uses Akismet to reduce spam. Learn how your comment data is processed.

Reflections on Faith and Life by John Stephens